In the afternoon of October 9, the SIPF presents two more categories to compete for the gold in this hybrid online event. This page will be updated with randomly ordered finalists of the Final Round: Collegiate Artists category at 1 pm, PDT (UTC-7).

Online attendees may cast their vote for Audience Favorite in each of these categories until 11:59 PM PDT (UTC-7) Sunday evening. 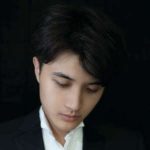 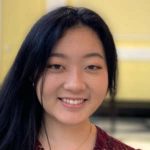 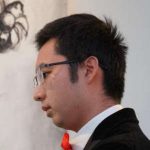 Frank (Zhengyi) Huang is from Shenzhen, China. After graduating from middle school, Frank made the decision to move to the United States to study with Dr. Jay Hershberger. After high school, Frank was granted numerous scholarships to the Shepherd School of Music and earned his Bachelor of Music degree with Dr. Robert Roux. 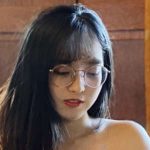 She graduated from Oberlin College in 2020, and she is currently a DMA student at Eastman school of music under the guidance of Prof. Alan Chow.

Born in 1998, Muzi Zhao began studying piano at the age of four under the tutelage of Young Zheng. He studied with Professor Gabriel Kwok from 2008 to 2016 at the Junior Music Program at the Hong Kong Academy for Performing Arts, and with Prof. Alan Chow and Prof. James Giles at Northwestern University from 2016 to 2021. In 2021, he was accepted to Master of Music program in Piano at the Yale School of Music with a full scholarship, and is currently studying with Professor Boris Berman and Professor Wei-Yi Yang. 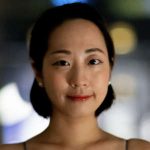 Jung Eun Kim is quickly becoming a sought-after pianist both as a soloist and chamber musician. An Osher Foundation Scholar, Jung Eun is currently completing an Artist Diploma in Piano Performance at the San Francisco Conservatory of Music, where she also received double Master’s degrees in solo piano and chamber music under the guidance of Yoshikazu Nagai and Jon Nakamatsu. She frequently concertizes in both the Bay Area and beyond. A native of Changwon, South Korea, she made her solo debut with the Changwon Philharmonic Orchestra at age 11. Since then, she has won several prizes both in the United States and South Korea at the Wideman International Piano Competition, Berkeley Piano Club and Beethoven Piano Competition in Seoul. Jung Eun has also been featured on numerous national radio engagements including From the Top, Hawaii Public Radio, and WUSF National Public Radio. As part of the Winners’ Concert at the Chautauqua Music Festival, she performed a solo recital of works from Bach to Rachmaninoff. In the Fall of 2019, she made her San Francisco debut as a winner of the San Francisco Conservatory of Music Concerto Competition, performing Rachmaninoff’s Rhapsody on a Theme of Paganini with conductor Edwin Outwater.

Equally captivating as a chamber musician, Jung Eun and her San Francisco-based L’arc Trio received an InterMusic SF grant, which allowed them to commission a brand-new work titled “Ominous Machine” by Berkeley-based composer Vivian Fung. She and her piano trio, winner of the Barbara Fritz Chamber Award, pursues projects that combine new works and classic pillars of the piano trio repertoire into creative, modern programs. During her Masters’ studies at SFCM, Jung Eun had the opportunity to work extensively with numerous artists like Tessa Lark, Norman Fischer, Ian Swensen, Jean-Michel Fonteneau and David McCarroll.

Cameron Akioka, 22, graduated from Rice University this past May with a Dual Degree in Piano Performance and English Literature. She studied with Jon Kimura Parker and is currently pursuing her Master of Music under the tutelage of Jeffrey Kahane at the University of Southern California.

A native of Los Angeles, Cameron is a top prizewinner in several competitions including the San Jose International Piano Competition, Young Pianists Beethoven Competition and Pacific Musical Society Competition. Last fall, she was invited to perform in Mari Kodama’s 32 Beethoven Piano Sonatas Marathon at the San Francisco Jazz Hall as a celebration of the composer’s 250th birthday. In June of 2021, she participated in the PianoTexas International Festival and Academy as a Young Artist Performer. She is a 2017-2021 inductee of the MTAC Young Artist Guild of California, and as a part of the Guild performed six different solo recitals for various California branches. Other notable achievements include receiving first alternate at Rice’s annual concerto competition, performing on NPR’s “From the Top” and receiving a full scholarship from the National Chopin Scholarship Foundation.

Cameron is also an avid chamber musician and participated in Kneisel Hall’s Young Artist Program this summer. In 2020, she was invited to the Sarasota Music Festival as a fellow. Previously attended chamber programs include Music@Menlo, Yellow Barn’s Young Artist Program and the Bowdoin International Music Festival. She has debuted chamber works by notable young composers such as Sam Wu, Max Vinetz and Hannah Ishizaki.

After completing her Master of Music, Cameron plans to pursue an Artist Diploma and continue her performance career. In her free time, she enjoys playing tennis with her family and cooking Japanese food.