In the afternoon of October 9, the SIPF presents the last category of participants to compete for the gold in this hybrid online event. This page will be updated with randomly ordered competitors of the Final Round: Professional Artists category at 4 pm, PDT (UTC-7).

Online attendees may cast their vote for Audience Favorite in each of these categories until 11:59 PM PDT (UTC-7) Sunday evening. 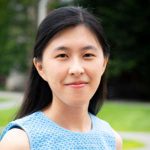 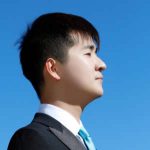 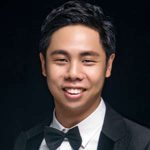 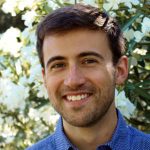 Gabriel Merrill-Steskal is currently pursuing a Doctor of Musical Arts in piano performance at the University of Michigan, where he studies with Logan Skelton. An avid performer and collaborator on both modern and period pianos, he recently won second prize at the 1st SFZP International Fortepiano Competition and studies fortepiano with Matthew Bengtson. Before completing two masters degrees at the University of Michigan (in piano performance and fortepiano performance), he graduated summa cum laude from Whitman College, where he studied piano with David Hyun-Su Kim. At Whitman, he completed a double major in music and chemistry, receiving honors in both majors and the Campbell Award for outstanding senior recital.

In addition to performance activities as a soloist and chamber musician, Gabriel is an active teacher and scholar. He is currently a Graduate Student Instructor at the University of Michigan, teaching class piano and private lessons to undergraduate students. His most recent research project involves studying prolongational aspects of folk-based pitch structures in Bartók’s music. Aside from all things piano, he enjoys spending time outside running and rock climbing. 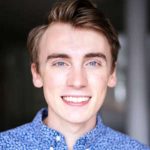 Originally from central Virginia, Robert Brooks Carlson is an emerging artist committed to interpersonal and community engagement through solo and collaborative performance. Currently, Robert studies at the Cincinnati Conservatory of Music (CCM) with the internationally acclaimed pianist Soyeon Kate Lee.

Robert has won numerous awards in recent years, including second prize in the National Federation of Music Clubs Young Artists Competition and the Cincinnati Conservatory of Music Chamber Music Competition. Previous collaborative and concert engagements have included the James Madison University Wind Symphony and the Rapidan Orchestra as soloist. Furthermore, Robert has performed in Spain, Germany, Netherlands, and throughout the United States. He has participated in the Saarburg and Bowdoin International Chamber Music Festivals, Art of the Piano in Cincinnati, Ohio, the Gijón International Piano Festival, and the International Holland Music Sessions. Robert has appeared in masterclasses with renowned artists such as Emanuel Ax, Jeremy Denk, Julian Martin, Robert McDonald, Awadagin Pratt, Boris Slutsky, and Wei Yi Yang. Recently, Robert completed fellowships at the Gilmore Festival and PianoFest in the Hamptons during the summer of 2022.

A devoted chamber musician, Robert proudly served as the collaborative artist for Hear Us Hear Them—a choir based in Cincinnati with the mission to program works by underrepresented and marginalized composers—during its 2020-2021 and 2021-2022 seasons. Additionally, Robert is a member of the Rhine Piano Trio, along with violinist Kristine Clair Uchi Galano and cellist Juneho Josh Kim. While Robert has primarily coached with acclaimed violinist Kristin Lee, previous coaches have included Masumi Per Rostad, Ian Swensen, and Dror Biran.

Listen and learn more at rbcarlson.com.

Born on April 6, 1994, in China, Yupeng Mei began studying piano at the age of six with Min Xu. He held his first piano recital at the age of eleven. In 2009, he began studying with Professor Fang Kuang from the Wuhan Conservatory of Music. From 2012 to 2019, he pursued his bachelor’s and master’s degrees in the Central Conservatory of Music in Beijing under the guidance of Taihang Du. He is currently a doctoral student of Natalya Antonova at the Eastman School of Music in Rochester, New York.

He has given numerous performances in China, the United States of America, Germany, and Austria. He has collaborated with the Eastman Philharmonic Orchestra in Rochester, New York, and the Philharmonic Orchestra Plauen-Zwickau in Zwickau, Germany. He has performed in many music festivals, including the Chautauqua Piano Festival (2020, Chautauqua Institution, New York), the Bird-Music Piano Festival (2016, Austria), and the Allegro Vivo International Music Festival (2013, Austria). 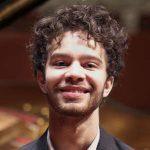 Described as “a performer of complex repertoire” (Isle of Wight Arts League Creative Voice), pianist Joseph Vaz has performed internationally as a soloist and chamber musician in the United States, Canada, Austria, and Italy. He has performed in venues from Carnegie Hall to the Arnold Schönberg Center in Vienna.

Joseph frequently performs at international festivals, including recent appearances at the Internationale Sommerakademie in Reichenau, the Orford Music Academy, Bowdoin Music Festival, and the Chautauqua Piano Institute. Joseph has performed in masterclasses with artists including Byron Janis, Jerome Lowenthal, Jon Nakamatsu, John Perry, and Natalya Antonova. His orchestral debut came with the Cincinnati Pops Orchestra in 2015, and he has also performed as soloist with the Seven Hills Sinfonietta and other orchestral ensembles. He regularly presents solo and chamber recitals for his communities.

An active collaborative pianist, he has worked with all types of musicians in chamber music and in multiple orchestras for operas and concert programs. Joseph is a proponent of new music, working closely with several composers on pieces for world premieres. Interested in many genres of music-making, Joseph enjoys working in contemporary music ensembles, musical theatre, and popular music. Outside of music, Joseph holds a Bachelor’s degree in mathematics and a minor in French from Indiana University, and enjoys reading 20th century classics. 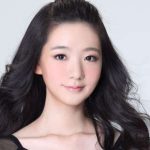 She also performed in masterclasses with many world-renowned pianists, including Robert McDonald, Peter Serkin, Boris Giltburg, Boris Slutsky, Jablonski Krzysztof, Marina Lomazov, Sasha Starcevich, Jean Saulnier, José Ramón Méndez, Logan Skelton, Douglas Humpherys, Konstantin Lifschitz, and Nelson Delle-Vigne. She received her Master of Music degree both in Piano Performance and Piano Chamber Music from the University of Michigan in 2019 and received her Doctoral Degree in Piano Performance at the University of Michigan under the tutelage of Dr. Arthur Greene in 2022. 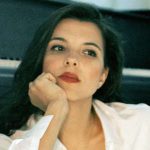 Anna Yukho started playing piano at age six under the tutelage of her mother, attending the Republican Music College in her native Minsk, Belarus. In 1999 she made her debut with the Belarusian State Chamber Orchestra performing the fifth J.S. Bach piano Concerto. She is a prizewinner of numerous international piano competitions including the International Piano Competition in memory of Arthur Rubinstein in Bydgoszcz, Poland. In 2020, Anna won First Prize at the Weatherford International Piano Competition, and in 2021, Anna had the honor to compete in the 21st Iturbi International Piano Competition in Valencia, Spain, where she was advanced to the semifinal round. During her career, Anna has appeared at important venues such as Weill Recital Hall – Carnegie Hall and Klavierhaus in New York. She also gave performances in Belgium, Italy, Austria, Holland, Poland, and Russia. As a soloist, Anna has performed with the Belarusian State Chamber and Symphony Orchestra several times. Anna just graduated with an Artist Diploma degree from The Shepherd School of Music at Rice University. She also holds a Master of Musical Arts and a Master of Music degree from Yale School of Music and Mannes School of Music, respectively. Her teachers were Boris Berman, Peter Frankl, Vladimir Feltsman, Robert Roux, and Igor Olovnikov.

Born into a family of musicians, Zehao Bai began his piano study at the age of three and made his debut concert at the age of fourteen. Zehao continued studying piano under the tutelage of Dr. Marina Lomazov and Dr. Joseph Rackers and received his Bachelor and Master of Music degrees. He is now pursuing his Doctor of Musical Arts at the Eastman School of Music.

Zehao was featured as the rising keyboard artist of the Rising Artist series at Lander University, the Rising Star soloist at Texas State International Piano Festival, and many more. Additionally, Zehao and his chamber music partner, Ke’er Wang performed as part of the Piano Extravaganza of the Southeastern Piano Festival and on the innovative classical music experience, Concert Truck. In 2021, Zehao was invited to be part of the young jury panel for the Arthur Fraser International Piano Competition.

On top of performance activities, Zehao enjoys teaching and communicating with other pianists. He now serves as Teaching Assistant for class piano at the Eastman School, and an intern instructor at the Eastman Community Music School.

At the summer of 2016, Zehao and Ke’er Wang together created the Miaomiao Piano Festival in Wuhai, China to be the best piano festival for pre-college young pianists of the Inner Mongolia area.

Lau has performed extensively in the UK including Victoria & Albert Museum, Windsor Parish Church, Pushkin House, Burgh House of Hampstead and Austrian Cultural Forum. She has been selected to work in masterclasses with respected artists such as Boris Berman, Kathryn Stott, Artur Pizarro, Patsy Toh and Lise de la Salle. She is also a recipient of a full tuition scholarship to the Bowdoin International Music Festival in 2021. Recently, she was named a Gilmore Festival Fellow to attend a residency at the 2022 Festival and Art of the Piano Festival. Lau is a laureate of Tuesday Musical Scholarship and Eastbourne Symphony Young Artist Competition. She made her debut with the Woking Symphony Orchestra after winning the Woking Young Musician of the year in 2017.

Aside from performing career, Lau works as a teaching assistant in Piano at the Cincinnati College-Conservatory of Music. She serves the community as the chair of Ohio MTA Southwest district Buckeye Audition. She develops an interest for folk music from an early age forming folk band playing on mandolin, guitar with her colleagues. On the piano, she engages and promotes folk elements into her program including works by Medtner and Rzewski.

Aspired to pursue music professionally, likewise she is also an avid indoor climber. She believes the process of climbing is comparable to learning repertoire. It involves careful planning of climbing course as of portraying musical intention.