In the afternoon of October 8, the SIPF presents the second of its categories to compete for the gold in this hybrid online event. This page will be updated with randomly ordered competitors of the Final Round: Youth, Ages 14 to 18 category at 4 pm, PDT (UTC-7).

Online attendees may cast their vote for Audience Favorite in each of these categories until 11:59 PM PDT (UTC-7) Saturday evening. 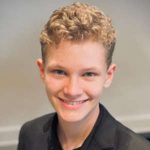 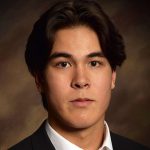 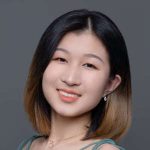 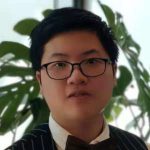 Besides music, Jie has a broad range of interests. He is particularly interested in studying the cognitive effects of music on the human body in the future. 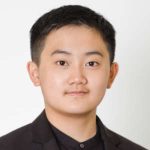 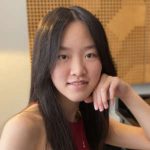 Megan started playing piano at the age of five. She is studying under the tutelage of Lang Ning Liu at the The Phil and Eli Taylor Performance Academy in Toronto. She has worked with many distinguished pianists including Stewart Goodyear, Annie Wong, Stephan Sylvestre and Ronan O’Hara in masterclasses. She has participated in the 2022 Orford Music Academy with full scholarship.

Following the recent award of the Grand Prize of the 2022 OMNI Music Competition by The Orchestre Metropolitain of Montreal, Megan will be making her Montreal debut recital at The Chapelle historique du Bon-Pasteur in the 2022-2023 season. Megan has performed at Mazzoleni Hall of the Royal Conservatory of Music, Flato Markham Theater, PC Ho Theater and Gilles-Lefebvre Concert Hall. 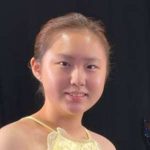 Ella has performed in venues such as the Herbert Zipper Concert Hall in Los Angeles and Weill Recital Hall at Carnegie Hall, performed with the Camerata Seoul Orchestra in Seoul, Korea, and worked with several world-renowned pianists such as Jon Nakamatsu, Soyeon Kate Lee, Bernadine Blaha, and Jean-Yves Thibaudet. In her free time, Ella enjoys computer coding, reading, and trying new foods.

Elsie Lu is a grade 12 student from Vancouver Canada. She began studying piano with Mrs. Rada Bukhman and is currently a pupil of Dr. Sasha Starcevich.

Most recently, Elsie received the Fazioli Trophy and Scholarship at the CDMF festival, and as a representative of this festival, she was awarded First Place of Provincial Excellence Piano Class (24 years and under category) during the 2022 Performing Arts BC Provincial Festival. Therefore she was invited to participate in the Canada West Performing Arts Festival (three provinces), and she won First Place standing for BC province. Elsie got the Jury Discretionary Award for the 2022 Arthur Fraser International Piano Competition. Furthermore, Elsie was chosen as a one of the six Festival Students to perform in the master classes and concert at the 2022 Gina Bachauer International Piano Festival in Salt Lake City, Utah.

Elsie has appeared with various orchestras including the Bruensis Virtuosi, Orchestra of MusicFest Perugia, Bellevue Symphony and Philharmonia Northwest. Music festivals, such as the Vivace festival, Southeastern Piano Festival, Chicago Music Festival and Gina Bachauer Festival have given her many opportunities to connect with peers and engage in masterclasses with renowned professors such as Robert McDonald, Alexander Braginsky, Jerome Lowenthal, Richard Goode, Boris Slutsky, Ursula Oppens, Arthur Greene, Ilana Vered, Alexander Kobrin and many other pianists.

Matthew is a member of the Greater Dallas Youth Orchestra, GDYO Wind Symphony, Chamber Music International Youth Ambassadors, and enjoys collaborating with other musicians. He is a student of the Worship Academy at his church and develops music sets with the worship team. In his free time as a homeschooled student, he shares piano music at memory care centers and nursing homes across Texas. He hopes to someday use his talents professionally to help memory care patients by restoring musical memories. Matthew also likes learning new languages, Python coding, mixed martial arts training (1st degree black belt), exploring the outdoors, studying geography, and completing all varieties of puzzles.