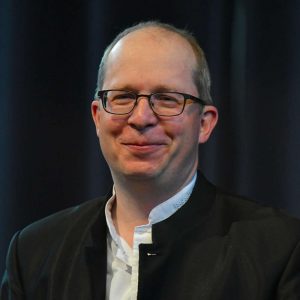 Alexander Tutunov is one of the most outstanding virtuosos of the former Soviet Union. His playing was described by Soviet Culture, Moscow, as “exhilarating and inspired, and which demonstrated a unique talent”. Dr. Tutunov maintains a busy performing schedule worldwide as a recitalist, soloist with orchestra, and on radio and television and is also in demand as an adjudicator for piano competitions.

Tutunov’s recording of the Abeliovich Piano Concerto was featured as part of the Emmy award winning soundtrack for the History Channel documentary, Russia: Land of Tsars, and his performance of the Tchaikovsky Concert Fantasy with the Russian Philharmonic Orchestra on CD was described as “sensitive and idiomatic” by the International Piano magazine (London). Other recordings include: Concerto for Piano & Orchestra by Peter Sacco with the Czech National Symphony Orchestra (Albany Records) and the solo piano works of Lev Abeliovich Sonatas & Frescoes, Trio, Songs (Altarus Records).

Alexander Tutunov now lives in Ashland, where he is Professor of Piano and Artist in Residence at Southern Oregon University. A successful piano pedagogue, he continues to prepare award-winning students. Dr. Tutunov has been the Artist in Residence at the University of Alaska Southeast, Principal Guest Soloist with the Port Angeles Symphony orchestra, and the Director of the Chinese-American International Piano Institute in Chengdu, China.