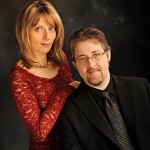 The Seattle International Piano Competition was recognized by the Wall Street Journal as a leader among the new wave of competitions that strive to change the face of how competitions are approached and what they offer. Most aficionados are aware of the multitude of competitions in the world today, most of which have stringent repertoire requirements. The executive and artistic board members of the SIPC, themselves performing pianists and artist-teachers, are conscious that to make any mark on the world stages today, one needs a stronger sense of voice, or “niche” than ever before.

The Seattle International Piano Competition strives to instill such aims among young artists, their teachers, and professional performers by providing a platform to compete without the necessity to prove themselves in terms of an obligatory prelude and fugue or sonata. The 2010 Wall Street Journal article, More Play for Prizes by Corinna da Fonseca-Wollheim effectively illustrates this debate.

In July, 2014, The Telegraph published a controversial article ignited by Julian Lloyd-Webber’s comment which states that all music competitions should be abolished due to commonplace corruption. The idea that so many competitions allow participants to be juried one’s own coaches and teachers without threat of reprisal is taken for granted among the many “old world” competitions. Since the board of the Seattle International Piano Competition are all too familiar with the status quo, they took steps to be a fair and objective example since the first edition of the competition in 2008.

At no level of the Seattle International Piano Competition are jurors allowed to adjudicate divisions in which their pupil participates. Participants are required to provide names of all teachers and coaches with whom they have studied within the last five years to the competition organizers, allowing the board to cross-reference names at every particular division and level of participation to avoid any conflict of interest. Since the first edition, all preliminary recording evaluations are conducted through blind audio. All racial, gender, and identity information is kept out of the jurors’ hands. Since 2013, the Seattle International Piano Competition took an additional step, becoming one of the few competitions to utilize a screen that separates jurors visually from competitors during final live round in Seattle. The SIPC has gone to such lengths as to provide jurors programs devoid of participant names or identification, as well as provide a runner carpet across the stage upon which competitors approach the piano so that sounds of their footwear also does not reveal their gender.

The final round of the 6th Seattle International Piano Competition spans October 16-19, 2015, taking place in Illsley Ball Nordstrom Recital Hall in Benaroya Hall during the events of the Seattle International Piano Festival. During each edition, attending audience members may cast ballots, voting for their favorite of six international finalists within each of the three youth categories, the outstanding adult amateurs, as well as a collegiate and professional round. In 2013, participants from Argentina, Canada, Chile, China, Costa Rica, France, Germany, Hong Kong, Indonesia, Israel, Italy, Japan, Korea, Macau, Macedonia, Mexico, Philippines, Poland, Russia, Singapore, South Africa, Spain, Taiwan, Thailand, Turkey, and throughout the USA applied, 36 of whom were invited as finalists. With over $10,000 in total cash prizes, the application deadline for the 2015 Seattle International Piano Competition is May 15.

“Obviously thereʼs no shortage of competitions―even ʻinternationalʼ ones―in the world today. But how many of them are truly offering the real experience in what we think of as a Competition? New philosophy of an enterprise, very encouraging, inviting atmosphere, the best of the best facilities and the perfect location; everything one could dream of without a shade of sacrifice on the part of that true search of quality, well rounded performers of the highest caliber―truly a unique combination of ingredients for a sure success, for everyone involved.”
―Alexander Tutunov, Concert Artist & Former Juror