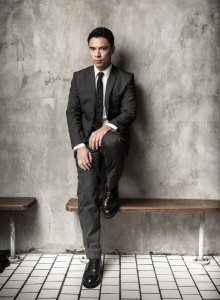 We are delighted to speak in this interview with 2009 gold medalist, Mr. McKiggan again, and learn some insights about the challenges of being a concert artist, and quite a bit more about our guest today. A conversation between Christopher Janwong McKiggan and SIPF executive director, Christopher Bowlby.

“McKiggan has a burgeoning international career even as he continues his doctoral studies at Rice University. He possesses a very accomplished technique, obvious enthusiasm for all the works on the program, and a lifelong commitment to contemporary music. The critical element, I think, is how McKiggan draws so many cultures into his comfort zone; this represents an extension of Modernism that holds the best hope for a global music of the future.”

With an impressive array of recent and upcoming performances, McKiggan has been featured in over a dozen magazines (Harper’s Bazaar, Elle, Esquire, Cosmopolitan, L’officiel, L’optimum among others), appeared in many TV programs, and been featured in numerous newspapers around the globe. He has also been featured on multiple TV and radio programs including being a resident artist for Performance Today on National Public Radio.

CB: Thank you for taking the time to speak with us today. It’s a great pleasure to see the continuing success of one of our laureates. You have done quite a lot since 2009, including a recent CD. After many years, how do you remember the Seattle International Piano Competition?

CJM: I still remember it with incredible clarity! Every aspect of the competition was so well run, from the performances to the fantastic host family I had. (I still try to keep in touch with them from time to time!) Everyone was extremely friendly there. Furthermore, even though I was there to compete in a competition, the way the competition was structured, I felt like all the other musicians in the competition treated each other like friends, not like competitors.

CB: You have quite an impressive list of engagements, and a good deal of success since 2009. Do you feel the competition helped at all in building your career? 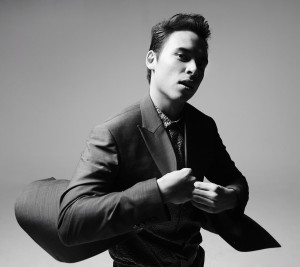 CJM: Most certainly. The opportunities that opened after receiving the prize awarded to me were numerous. I garnered more attention after the Seattle International Piano Competition, and it also allowed me to apply to competitions and grants that I would not have been eligible for prior to this.

CB: Back when you applied to compete in the Seattle Int’l, you were a student at that time. As you may remember, the SIPC does not have specific program requirements. How did you enjoy the freedom of repertoire? Would you have more preferred a traditional competitive repertoire (for example, a prelude & fugue, classical sonata, virtuosic etude, large-scale 19th/20th century work, and so on…)?

CJM: This was a godsend to me. I don’t like to program concerts “traditionally” very much, as I believe that it limits the creativity in the possibilities of programming and creating a flow for a concert experience. As a result, the fact that I could choose repertoire based on what I wanted to program allowed me to express myself creatively and show what I can give as a musician.

CB: Since the competition, what challenges have you encountered along the way that you can share that you feel would be of benefit for developing artists to know?

CJM: Plenty of challenges have come my way. The biggest challenge for me has always been my own self-doubt. It is easy to bring yourself down whenever obstacles are thrown your way. And there are certainly times that I have felt like withdrawing. But, because I pushed through, the low points gave me inspiration to create something greater.

For example, my CD projects were created during a time of feeling like I wasn’t developing creatively. My suggestion to developing artists is to take every experience both bad and good, and take everything you can learn from those experiences and use that to develop yourself. And remember, creativity is more important than just pure technique.

CB: Of course that’s great advice. I read an interview with Sergei Babayan who spoke about dealing with challenge. The quote was related to competition outcomes, but it’s a poignant quote that serves well regarding any challenge an artist faces — “When you believe in something passionately, fanatically, that is when you reach into that inexhaustible source for your inspiration to continue.”

Now, let’s see where you will run with this. Every artist needs their own unique voice. In your own words, what would you say your thing is?

CJM: My biggest thing is certainly the concept of multiculturalism. My CD, Paganimania is centered around this idea, and I would say coming up with the idea for my upcoming CD album, Resonance of Hope, is the most exciting culmination of this idea so far.

CB: Tell us more about the new CD. 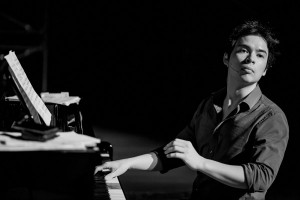 CJM: Resonance of Hope is an initiative to foster understanding and empathy between people from disparate backgrounds and cultures. Music is perhaps one of the most evocative ways of showing how at the most basic level we are all connected; every culture, throughout all of history, has valued music. It is the most powerful of all the arts because of the emotion that it stirs within all human beings. I believe that music can help promote respect and understanding between all the peoples of the world because of its unique ability to communicate despite barriers.

The basic idea of Resonance of Hope was created by myself in 2013, and I was awarded a $10,000 grant from the Presser Foundation in the same year to begin the project. The money was used to commission pieces of music from six composers coming from countries with a history of conflict. There was one stipulation: each composer was asked to write their piece based on the folk music of a country with which their own nation was in conflict. The composers were paired up with each other as the following pairs of countries: Russia and Poland. USA and North Korea. China and Japan.

CB: That sounds like a very ambitious, unique, and exciting project. Have you received all your commissions back yet, or are you already in the recording phase?

CJM: I have all the works back, and the project will have its first concert on April 1st.

CB: Do you have a projected release date for Resonance of Hope?

CJM: I have a projected release date of September/October 2015.

CB: That’s not so far into the future. Good luck, and we can’t wait to hear about the official release when the time draws closer. Thank you again for taking the time to speak with us today. I’m sure Seattle audiences would love to hear you again.

CJM: It was my pleasure. It would be an honor to even get the opportunity to perform for the amazingly lovely audience of Seattle again! I truly hope I get that opportunity again in the near future!

Presenting the Winners and Finalists…
September 14, 2022
Go to Top